Beginning January 1, 2018, all beverages except distilled liquor, wine, dairy or plant-based milks, infant formula, and meal replacement beverages will have an Oregon refund value of 10 cents.

The following are frequently asked questions about this expansion:

Q:  The list above describes the beverages that will not have an Oregon refund value.  What new beverages will have a refund value? 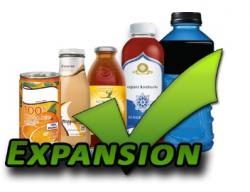 A:  There are too many beverages on the market to list them all, but some common types of beverages that will have a refund value beginning on January 1, 2018 include juice, hard cider, energy and sports drinks, tea, coffee (including frappuccinos and other coffee drinks that include milk), kombucha, ready-to-use mixers (such as margarita mix), smoothies, protein shakes (unless they are marketed as a meal replacement), non-alcoholic wine, nutritional supplements (like Muscle Milk), drinking vinegar, marijuana beverages, and coconut water.

Q:  What are some specific products that will not have an Oregon refund value? 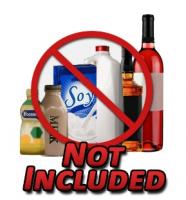 A:  In addition to distilled liquor, wine, dairy or plant-based milks, infant formula, and meal replacement beverages, here are some products that will not be included in the expansion:  kefir, buttermilk, flavored milks (such as chocolate), lactose free milk, vinegar (unless it is marketed as a drinking vinegar), flavoring, condiments (such as soy sauce and sriracha), concentrates (including concentrated juices and concentrated coffee), mead (which is a wine), hard cider over 8.5% alcohol by volume (which is considered a wine), syrup, and coconut milk.

Q:  Will a beverage containing distilled liquor be exempt even if it contains other beverages that have a refund value?

Q:  Will all beverages that contain milk be exempt?

A:  No.  Milk is defined as a beverage that consists only of dairy milk and flavorings and/or nutritional additives.  This includes flavored milk beverages such as chocolate milk, cultured milk such as kefir and buttermilk, and lactose free milk, so these beverages are exempt.  Other beverages that simply contain milk, such as a smoothie or a coffee latte are not exempt and will have a refund value.

Q:  What are plant-based milks?

Q:  What is considered to be a meal replacement beverage?

Q:  Since juices will be covered under Oregon’s Bottle Bill, will lemon and lime juice have a refund value?

Q:  Are there any container types that will not have a refund value?

A:  Yes.  The beverages covered under the Bottle Bill expansion will only have a refund value if they are in sealed glass, metal, or plastic bottles or cans in sizes from 4 ounces up to and including 1.5 liters.  Beverages in cartons, foil pouches, drink boxes, and metal containers that require a tool to be opened are exempt even if they would otherwise qualify.  For example, juice in a 6-oz juice box will not have a refund value.

Q:  What happens with beer, water, and carbonated soft drinks that have had an Oregon refund value prior to January 1, 2018?

A:  Beer, water, and carbonated soft drinks will continue to have a refund value in sealed glass, metal, or plastic bottles or cans in sizes 3 liters or less.

Q:  Will all containers for the new beverages be labeled with OR 10¢ beginning on January 1, 2018?

A:  No.  But regardless of whether they are labeled with OR 10¢ or not, starting on January 1, 2018, stores may charge a 10-cent deposit on them and the containers can be redeemed for 10 cents.  Manufacturers have until January 1, 2019 to add OR 10¢ to their containers.

Q:  I sometimes still see a water bottle labeled with OR 5¢.  Is that legal?

A:  Yes.  Water, beer, and carbonated soft drinks may continue to have OR 5¢ on their containers through September 30, 2018.  However, they must be redeemed at 10¢.

Q:  Starting January 1, 2018, will stores still have to take back the same number of containers as before?

Q:  Will this expansion generate money for the State of Oregon?

A:  No.  The State does not receive any proceeds from container returns.

Q:  Where can I get more information about the expansion and about the Bottle Bill in general?

A:  The OLCC’s Bottle Bill page has lots of information about the Bottle Bill, including informational signs, a list of redemption centers, more extensive FAQs, and more.  You can also email to OLCC.BottleBill@oregon.gov with specific questions.