Free Geek stands out in the recycling ecosystem because of its unique circular model. By taking two massive societal problems—e-waste and the digital divide— and pointing them at each other, Free Geek uses one problem to solve the other. 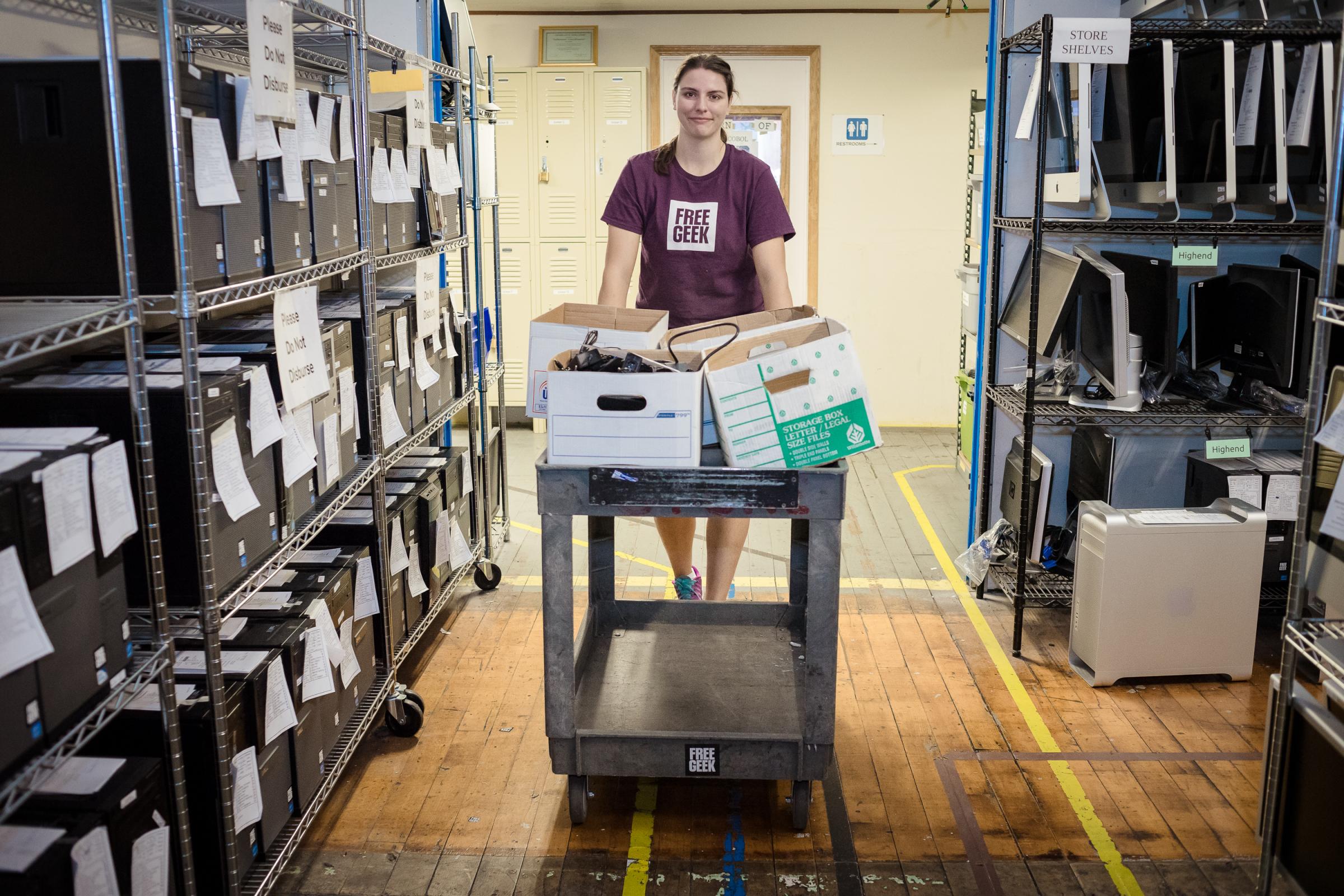 Technology changes rapidly and computers, monitors, printers, smartphones and other electronics are being replaced every few years, often long before they have run out of usable life. The resulting electronic waste — referred to as e-waste — is the fastest growing toxic waste stream in the United States. According to the EPA, roughly 2.4 million tons of e-waste are created each year.

By positioning themselves between the consumer and the recycler, they are able to implement a “reuse first” philosophy and divert as much technology as possible into the hands of people who lack digital access.

The lack of digital access—to internet-enabled devices, broadband internet and digital literacy education—is called the digital divide. It encompasses the economic, educational, and social inequalities between those who have computers and Internet access and those who do not.

Free Geek is where retired electronic devices can find new life. Free Geek staff and volunteers work hard to refurbish donated electronics and return those devices to the community to support digital inclusion efforts by bringing more people online and providing them the skills they need to succeed in today’s society.

Last year Free Geek received 1,155,617 pounds of electronic waste, of which 894,324 pounds were sustainably recycled, and 261,293 pounds (or 22.6%) were reused and restored into new items of technology. For every computer that they are able to refurbish and redistribute to the community, it reduces the need for a new computer to be purchased. Reusing a computer effectively bypasses the significant environmental impact of mining and manufacturing as well as the potential effects on human health from extracting and processing Less waste, more opportunity.

Free Geek turns nearly every type of electronic equipment, in any condition, into an opportunity. Whether from a corporation making a tax-deductible donation of used desktop monitors to an individual recycling an out-of-date cell phone.